On January 3, 2023, the new 118th Congress started its session with 222 Republicans and 213 Democrats in the U.S. House of Representatives, the exact mirror image of the previous Congress. The 2021-2022 Congress was among the most significant in recent memory, but even with a divided Washington today, manufacturers should expect continued activity. Before we look to potential troubles ahead, let’s mention some 2022 highlights, and lowlights.

Workforce development remains one of the few nonpartisan issues in Washington, D.C., with hope for continued support in 2023. Lawmakers in 2022 could not agree on passing the College Transparency Act in the face of House GOP opposition absent broader higher-education reform. Congress may in 2023 consider updating the Higher Education Act and providing more flexibility for Pell Grants, although disagreement over student-loan forgiveness may remain an obstacle.

Also left unfinished is extending expired business-tax provisions set to sunset under the Tax Cuts and Jobs Act of 2017. Instead of full expensing for R&D, those activities remain amortized over 5 yr. since January 1, 2022. Another victim of congressional inaction: 100-percent bonus depreciation falling to 80 percent on January 1, 2023. PMA’s team in Washington already is working with lawmakers to address the impact of their inaction on these important investment provisions.

Some tax incentives for manufacturers did make their way into law last year, for production of renewable-energy components, manufacturing equipment for semiconductors, and for refurbishment of commercial buildings and installation of charging stations. PMA members should consider exploring these incentives and opportunities as they develop capital-expenditure and other plans.

The CHIPS and Science Act signed into law by President Biden on August 9, 2022, marked the most significant investment in domestic supply chains in more than a decade with lawmakers specifically referencing terms such as domestic-manufacturing competitiveness, forming, machining and tooling as part the new law’s supply-chain-resiliency section. The law authorizes $11 billion for workforce and R&D funding, creates new manufacturing institutes, and provides funds for manufacturing communities around the country.

As part of efforts to strengthen manufacturing in America and improve supply-chain certainty, PMA continued its activity in 2022 to lessen the impact of the Section 232 tariffs (25 percent on steel, 10 precent on aluminum). PMA President David Klotz and members testified before the U.S. government last summer, standing up for U.S. manufacturers who rely on globally priced and available raw materials from our allies.

In 2023, the Biden administration is negotiating with the European Union a new climate-based tariff regime to impose a tax on carbon-intense steel and aluminum imports, possibly charging a higher rate for imports from countries not enjoined by a final agreement taking effect January 1, 2024. PMA is working with the White House and others in industry as further government intervention in the metals markets will affect PMA members and resonate throughout supply chains.

We have a saying in Washington, D.C.: “If you can’t legislate it, regulate it,” and we fully expect that saying to ring true in 2023. A divided Congress means that the Biden administration lacks a full partner on Capitol Hill and will increase its regulatory activity. OSHA is increasing its emphasis on inspections, developing a rule to regulate indoor workspaces when the heat index reaches 80 F, and implementing expanded reporting thresholds for injury and illness recordkeeping.

Elsewhere within the Labor Department, manufacturers should expect announcements this year on lockout-tagout (LOTO), mechanical power presses, definitions of independent contractors and who is considered a joint employer when using temporary workers. PMA is working with coalition partners on the heat and employer rules, and has filed comments in the past on LOTO and power-press proposals.

The Energy Department is accelerating its industrial-decarbonization efforts, targeting sectors such as steel for carbon-reduction initiatives, in a move separate from the carbon-tariff negotiations with Europe. Not to be outdone, the EPA already is increasing its activity, announcing new rules for 2023 on emissions and efficiencies, in addition to those already planned for passenger vehicles.

The U.S. Trade Representative is expected in 2023 to announce the Biden administration’s strategy toward the 25- and 7.5-percent tariffs on more than 10,000 Chinese imports, while the European Union, Japan and South Korea continue to object to U.S. subsidies for electric vehicles.

President Harry Truman in 1948 made famous the phrase, “do nothing Congress,” and while we might see less congressional activity in 2023 than last year, PMA’s team in Washington is busier than ever on the regulatory front and working with allies on Capitol Hill. As we head into the 2024 race for the White House, engagement from PMA members is more critical than ever as behind the noise, lawmakers and regulators are making decisions affecting the industry for years to come. 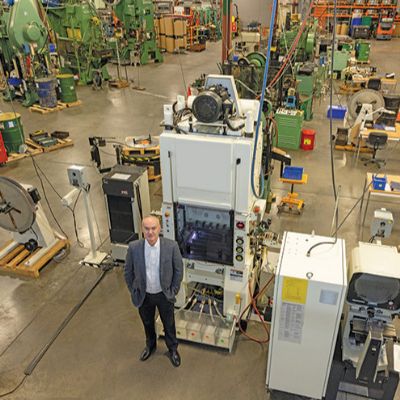