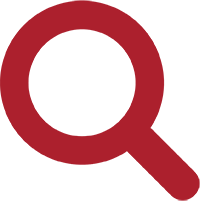 Generic designation for a variety of organic finishes which indicates that they are compounded with water as a dilutant rather than a volatile organic solvent.

Substance which dissolves in water.

Measure of speed based on power level of laser cutting machine.

1 Material between two openings or edges. 2 See Micro Ties. 3 In some industries, thin material to be punched.

Ease of reaching the weld area with the torch or electrode.

Depression or bulge on surface, caused by thermal expansion.

Ability of a material to be fused successfully without special processing.

Minimum distance from a spot weld to the material edge to create an acceptable spot weld.

Minimum distance from a formed area to electrodes to avoid shorting.

Minimum distance between spot welds to avoid shunting through the existing weld spot.

Thickness of the liquid coating film immediately after application.

Device for measuring the film thickness of coatings prior to drying or curing.

Forming tool using two opposing edges, separated by one material thickness, moving past each other to form material.

A formed metal part made from wire that is usually fabricated on a slide forming machine.

A standard dimension from the bed of the slide forming machine to the material, used in tool layout.

The capability of the CAD software to represent a design as a three dimensional arrangement of lines and arcs.

Mechanical device which holds a workpiece.

Marring of material through the use of clamping device.

Condition in a paint film appearing as ripples: 1 produced intentionally as a decorative effect or 2 Defect caused by drying conditions or an excessively thick film.

Describes material which has been plastically deformed into shape as by mill rolling.