For several years, metal fabricators have been dealing with an ever-increasing labor shortage for welders—new and experienced. Young people don’t seem to be attracted to the work, and veteran welders continue to nudge closer to retirement age. And, there remains competition to attract and retain the skilled welders still on the market, driving up salaries and associated costs. 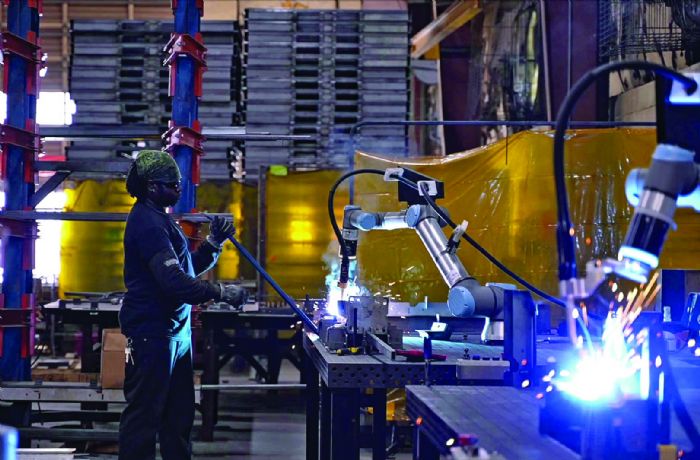 The result? Despite unprecedented demand from domestic manufacturers, many metal fabricators across North America have had to reduce production capacity.

Stiff Competition to Hire Welders in a Post-Pandemic World

Case in point: Advanta Southeast LLC, Manning, SC, a division of Advanta Industries, specialist in manufacturing returnable racks and dunnage, and provider of turnkey industrial metal fabrication for several sectors, including defense, automotive, energy and marine. The firm recently faced the same staffing issues many in the industry face: a lack of welders exacerbated by the global pandemic, which hit the company hard, according to plant manager Mark Moye.

“In addition to COVID, we started seeing an increase in fabrication companies moving here to the Southeast United States,” he says. “So, the market share of labor is pretty tight.”

The South Carolina facility encompasses 79,000 sq. ft. and offers sheet and tube laser cutting, forming and machining, in addition to welding. And, as many metal fabricators can attest, legacy equipment still is rampant in shops. While others have switched to traditional welding robots in the hopes of mitigating the limited number of welders, the Advanta Southeast management team remained unsure about implementing conventional robots for welding. Of concern: long lead times to get the equipment shipped out, the extensive training required for welding personnel and, to top it off, the sheer complexity of programming and troubleshooting the machines for each job.

In other words, company management wondered just how much a traditional robot would actually accelerate throughput and ensure weld consistency and quality, with so much programming required by often less-tech-savvy workers.

“Some employees were worried about losing their jobs, too,” adds Moye.

A New Generation of Robots to The Rescue: Cobot Welders

After some research, Moye and the Advanta Southeast team acquired a collaborative welding robot (cobot) from Hirebotics, Nashville, TN, to test it out. Hirebotics’ cobot welder uses an intuitive smartphone app that guides welders of all skill levels in enabling the cobot to work on any type of welding job in just minutes.

“We received our first cobot welder and actually started operating it the day we received it,” says Moye, “which was amazing. Setting it up took a couple of hours and was easy. Even better, it took less than a day of training for the welding team.” 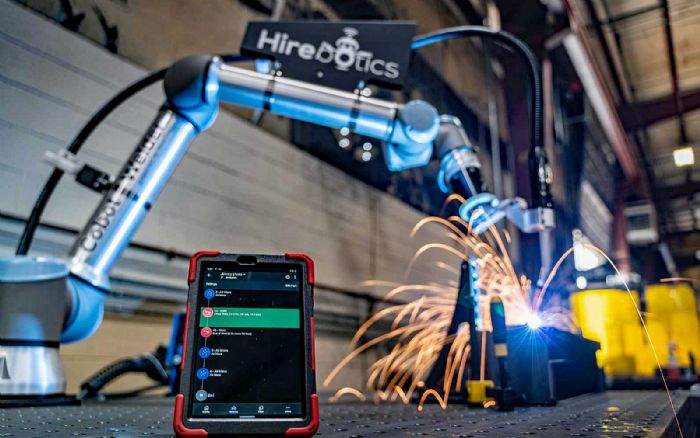 While Moye admits initial pushback from the plant’s welders, they soon realized how simple the cobot was to use, and that it made their work easier. After about a month of running the cobot on simple jobs, Advanta Southeast’s welders were more than convinced of the investment’s value. Moye mentions that welder efficiency has increased, as has job satisfaction. The firm began by assigning the cobot mundane, repetitive tasks so that its welders could work on more exciting jobs and concentrate more fully on the quality of each weld.

“We noticed more consistent and higher-quality output—both with cobot welders and our welding team,” says Moye.

Along with being able to more easily monitor welding consistency, Advanta Southeast also uses the Hirebotics app to track real-time KPIs, such as welder overtime, consumable and gas use, and the number of weldments completed per a specified timeframe. Tapping into this wealth of data helps Moye make more informed decisions regarding operational workflows, job attribution and cost-reduction strategies.

Hirebotics’ approach to support was an added plus. The in-app chat function lets the team text cobot-welder support specialists, rather than requesting and paying for a robotics specialist to stop by the shop. “We have only had to request support twice in the several months we’ve been using the cobot,” Moye shares. “That level of support allowed us to get back up and running within 30 min.”

The results from using the cobot welder speak for themselves. “Our welding-department capacity went from 25 to 100 assemblies/day within just a few hours after we set up the first cobot,” Moye says.

Since the initial test-drive with the first unit, Advanta Southeast has purchased three more cobot welders for the South Carolina plant, as well as two welding cobots for its 140,000-sq.-ft. headquarters facility in Petersburg, MI. Advanta Southeast also has been able to take on new contracts previously thought unbiddable—specifically work from foreign countries—thanks to the expanded throughput capacity and improved weld quality.

Moye is wholly convinced that welding cobots are the wave of the future. “I would tell anybody if they’re on the fence or questioning it, to go for it. They won't regret it.” MF 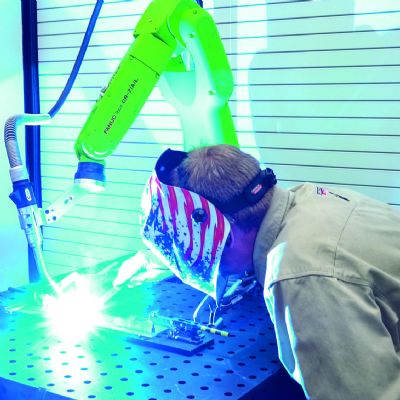 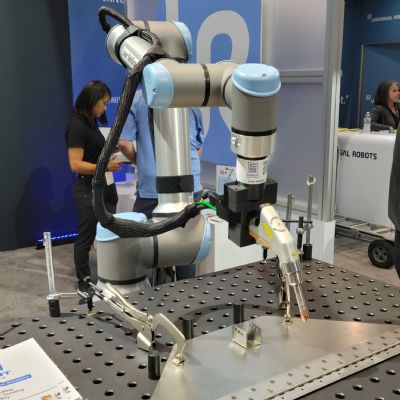 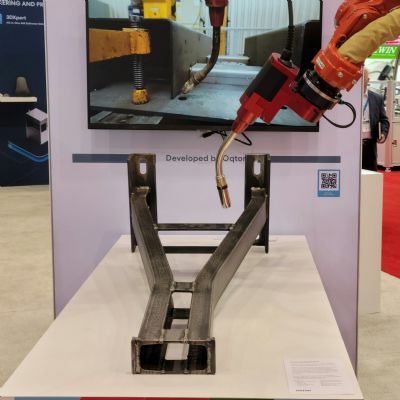