In our previous Cutting Edge column, we discussed how forming and cutting operations generate heat in sheet metal. In large-panel stamping operations, a typical tandem transfer-press line may operate between 8 and 25 strokes/min., so it only takes 4 hr. to stamp some 2000 parts. Considering that every part generates a significant amount of heat, and some of that heat becomes trapped in the die, die temperature quickly can increase.

Why is This a Problem? 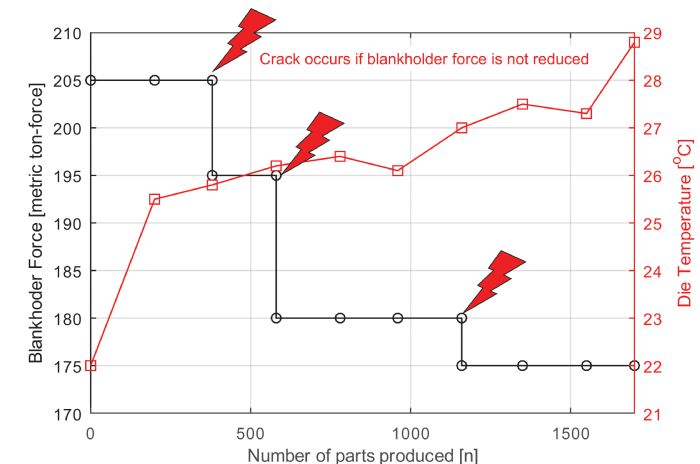 A study conducted at a European automotive OEM shows that a door inner stamped at 8 strokes/min. causes tool temperature to increase by 6 C after 1700 strokes, over about 3.5 hr. To stamp parts without failure, blankholder force had to be reduced after several hundred strokes (Fig. 1).

In a typical die buyoff, most companies will not stamp this many parts. After the stamper accepts the die, cracks may still appear during the ramp-up tests (also called stress tests), after a few thousand strokes. These cracks typically could be avoided by applying more lubricant―if the stamper does not have a dry press shop―or by reducing the blankholder force. While both solutions may cure the cracking problem, wrinkling might result.

Most die designers use finite-element (FE) simulations to check the feasibility and robustness of a designed process. They typically base design decisions on forming-limit diagrams (see the Cutting Edge column in the February 2020 issue of MetalForming). 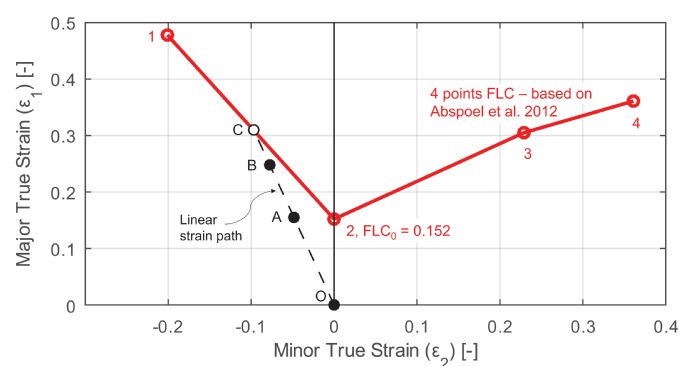 What is the Solution?

While new simulation software can perform a multi-stroke simulation with thermal effects, the process consumes a significant amount of CPU time. In a preliminary study looking at deep drawing of DP800, die geometry (wall angle, punch and die radii) and the process (blankholder force and press-motion curve) were designed so that the part would have approximately 0.7 maximum failure criterion in the first stamping.

The researchers performed a multi-stroke simulation after completing the first stroke, taking care to measure and carefully enter these parameters: 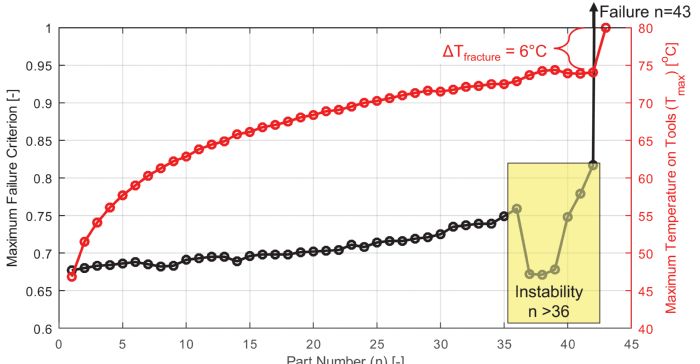 Fig. 3 shows the maximum temperature of the punch radius (the hottest part of the die) and the maximum failure criterion for 43 consecutive strokes. The conditions were simulated for a mechanical press with a 916-mm stroke running at 8 strokes/min. As seen, the first stroke resulted in a failure criterion of 0.68, considered “safe” by most die designers. This value increases to about 0.75 in 35 strokes—still safe. Then a brief period of instability is observed where the failure criterion reduces for a while. This instability also is observed in other simulation models with higher stroke rates and using link-motion presses. After the instability, the failure criterion surpasses 1—the part has failed. Here, the 43rd part exhibited splits. In most cases, when the part fails the simulation software calculates an increase in punch temperature (Tfracture in Fig. 3); this may not be observed in the press shop. 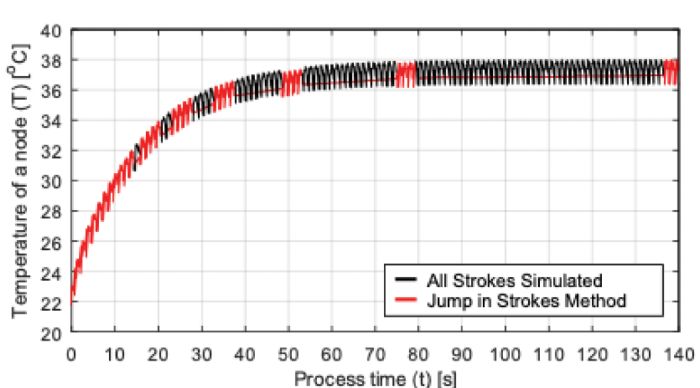 The simulation model in Fig. 3 took about 7 hr. of CPU time and created a 14-GB results file, as opposed to about 5 min. for a single-stroke simulation and a 500-MB results file. The CPU time is directly proportional to the number of cycles simulated. As shown in Fig. 1 and verified through feedback from metal stampers, cracks due to die heating typically occur after a few hundred cycles. Two concerns:

Recently, as described in a paper presented at the 23rd International Conference on Material Forming, ”A Speed-up Method for Numerical Simulations of Multi-Stroke Cold Metallic Sheet Forming Processes,” the authors discussed a “jump in strokes” simulation process (Fig. 4). Using this process, several strokes are not simulated but only estimated through calculations. The method was tested on a small 29.5-mm-dia. stainless-steel part used in shaving machines; and on a much larger part—a spare wheel well for a midsize car, 1750 by 1040 mm, of BH180 steel. The authors claim to reduce the CPU time by 60 percent.

This study is a joint work with Kadir Akcan of Ford-Otosan in Turkey. Some of the work presented here will appear at Akcan’s Ph.D. dissertation at the Kocaeli University, and in an upcoming paper, “Temperature Effects in Deep Drawing of Advanced High Strength Steels.” Special thanks to Dr. Alper Güner of AutoForm Engineering Deutschland for supporting the simulation work. MF 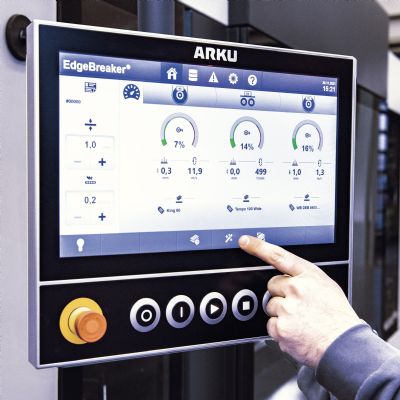 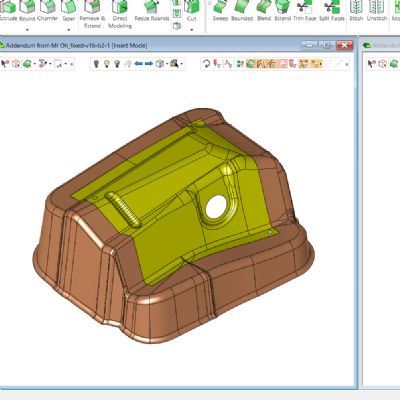