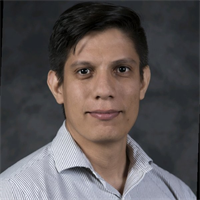 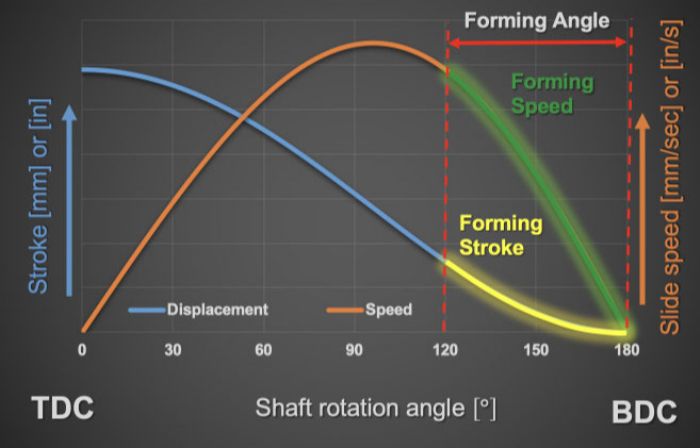 Understanding the differences between a conventional (flywheel) mechanical press and a servomechanical press is key in selecting the right press for a given metal stamping application. While servo presses bring flexibility, stampers still prefer conventional presses for certain applications. While stampers can find plenty of literature describing the characteristics of conventional and servo presses, discussion of the fundamental differences between these two types of presses is limited.

Here we present some basic knowledge of the design and operating principles of conventional and servo-drive mechanical presses, to help stampers to select the best press for their application.

In general, the major components in the press structure do not change with regard to the drive and control type. Examples of these components include the press crown, uprights, bed, bolster plate, slide and guiding system. However, components involved in torque transmission and lubrication systems are analyzed differently when intended for a servo press.

Due to the motion flexibility of a servo press, the shaft can accelerate and decelerate as needed by the application.  This differs from a conventional press, where we could assume a constant shaft speed throughout the stroke. Moreover, the shaft in a servo press can change rotational direction. This nonconstant rotation of the shaft can lead to increased fatigue due to reversing torsional stresses. As additional consequences, inertia of the system and static friction must be overcome more often, and lubrication conditions will change. Overlooking these phenomena when designing or modifying a press can lead to premature failure.

…are some of the most noticeable differences between conventional and servo presses due to their drive system, flywheel and servo motor, respectively. Nevertheless, the principles of motion are the same, and stampers should completely understand them. For both types of presses, rotational motion of the shaft(s) translates into vertical slide motion. The most common mechanism for this: the slider-crank (Fig. 1), which creates a nonlinear relationship between shaft rotation and slide displacement. Slide speed tends to zero as it reaches top dead center (TDC) and bottom dead center (BDC), where slide travel changes direction. Keep in mind that the slide travels the fastest near the midway point of the stroke, and that slide travel speed at the moment of contact with the blank and tools can influence the forming process, press life and tool life. For example, we can expect higher vibration and noise resulting from higher impact speeds. Other factors affected by slide speed during the forming process include temperature, lubrication, material formability, reverse load and snapthrough.

Conventional presses only provide unidirectional and constant-speed shaft rotation during production; stampers cannot fine-tune the slide speed for each forming operation. Conversely, servo presses allow for change in direction and speed. Hence, stampers can adjust a servo press to fine-tune the speed at impact or during forming while maintaining the highest possible production rate. 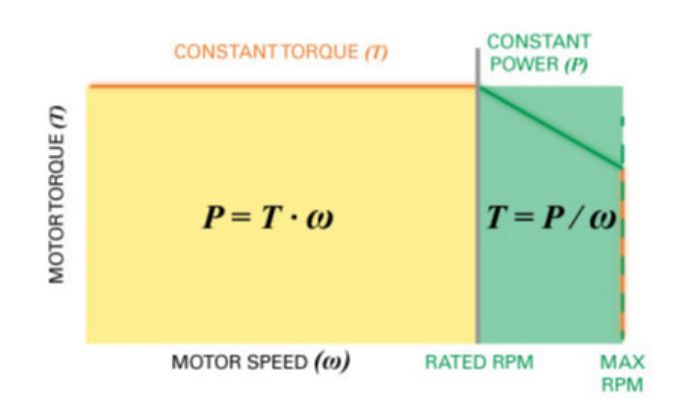 The virtual angle indicates how far in time the motion profile is from completing a stroke. Consider the real angle oscillating between 90 and 270 deg. with the servo press operating in pendulum mode. In the forward stroke, the virtual angle will automatically be set in such way that 0 virtual deg. corresponds to the initial pendulum angle, 90 real deg., and 360 virtual deg. corresponds to the final pendulum angle, 270 real deg. (Fig. 2). If we add acceleration or deceleration to the motion profile, a virtual 180-deg. angle would not necessarily mean that the press is at BDC. Instead, it would indicate that the slide has moved half the time required to complete a stroke. The use of virtual angle opens an infinite number of possibilities for synchronization of ancillary equipment and other external actuators. 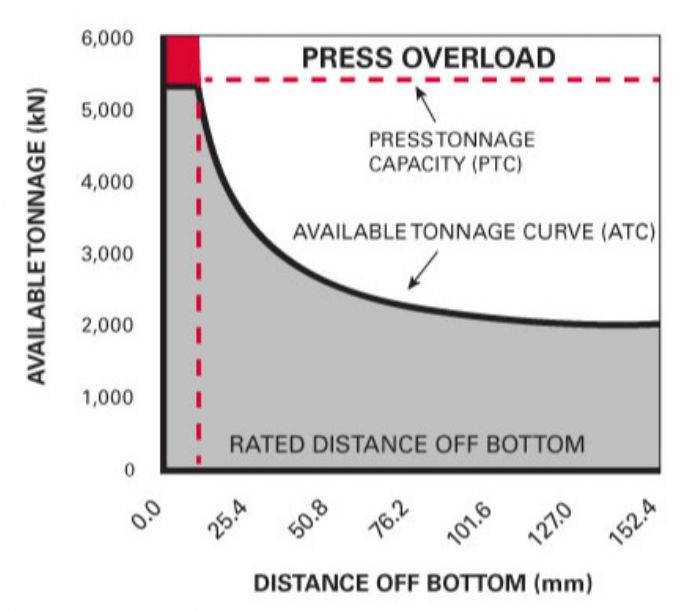 In conventional presses, torque available depends on the size of the flywheel and clutch, which in turn deliver torque to the shaft, either directly or through gears. The flywheel must rotate at or above a minimum speed in order to provide enough torque to satisfy the rated tonnage of the press. The clutch serves not only as a torque transmitter but also as safety mechanism. The clutch will slip should the press experience a reaction torque higher than the capacity of its components, interrupting torque transmission (assuming correct setting of clutch operating pressure).

In a servo press, which lacks a flywheel to deliver torque or a clutch to limit it, the servo motor must deliver the required torque to the shaft, either through gears or directly. With a motor direct-drive configuration, the motion controller is able to protect the system against excessive reaction torque. The absence of a flywheel and clutch in a servo press reduces not only the number of components and their maintenance, but also helps to reduce system inertia. (For example, the low-inertia design of a Nidec Minster servo press design allows for fast changes in motion conditions for the given torque capacity, and allows for high performance.)

Due to electric principles beyond the scope of this article, the torque available in a servo motor peaks and remains constant up to a rated speed, but decreases at a constant power rate above such speed (Fig. 3). This behavior has positive and negative connotations. On one hand, servo presses would outperform conventional presses for applications requiring full capacity at low speeds—die setup, for example. And, conventional presses will perform best for applications requiring full torque at maximum speeds. 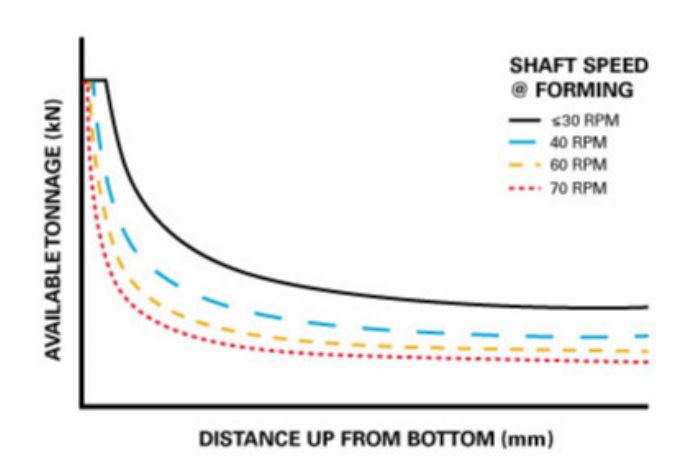 If the available torque changes, the ATC also will change, and so it’s important to understand the differences between the tonnages available in a conventional press compared to a servo press. For practical purposes, we can say that in a conventional press, the ATC does not change with shaft speed within the operational-speed range. Conversely, the ATC of a servo press is scaled down as we exceed the rated speed (Fig. 5). This results from the decreased available torque above rated speed in servo motors. Torque reduction in the servo motor also leads to a decreased rated DoB above the rated speed (Fig. 6). When looking at the ATC in a servo press, do not confuse shaft speed and production rate. Shaft speed refers to the actual rotational speed of the shaft, while the production rate refers to the number of parts being produced per unit of time. 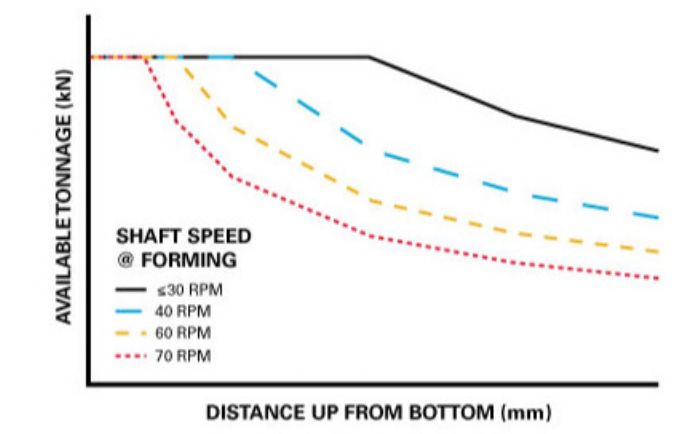 In many cases, this scaling-down-of-ATC phenomenon does not represent a significant disadvantage for servo presses, as many jobs do not require maximum motor torque. For those that do, we can decrease the shaft speed during forming in order to have ­full tonnage available. And, increasing the shaft speed during the nonforming portion of the stroke would help to maintain the production rate as high as possible. Nonetheless, take care to understand the ATC versus shaft-speed variation with servo presses.

In a conventional press, the energy available depends on the size and speed of the flywheel, and the size of the main drive motor. As the flywheel rotates faster, the amount of stored energy increases. This energy is consumed during the forming process and replenished by the drive motor during the nonworking part of the stroke. The faster the speed, the less time the motor has to restore the energy, thus the system is limited by the power of the drive motor and its ability to restore the energy in time. The available energy curve (AEC, Fig. 7)) captures this behavior, relating the energy available to the production rate.

In a servo press, the energy flows directly from the electrical supply line to the storage devices, and then to the servo motor. The capacity of these storage devices determines the maximum amount of energy available during forming. Starting at low production rates, the full amount of energy is available as there is enough time to replenish the storage system to its full capacity, an advantage over conventional presses. Once the replenish time becomes insufficient, the energy available starts to decrease above a threshold determined by the size of the electrical supply line and capacity of the energy storage. Due to the storage capacity of modern devices, servo presses typically have larger amounts of energy available. This makes servo presses more desirable than conventional presses when dealing with high-energy consumption applications. 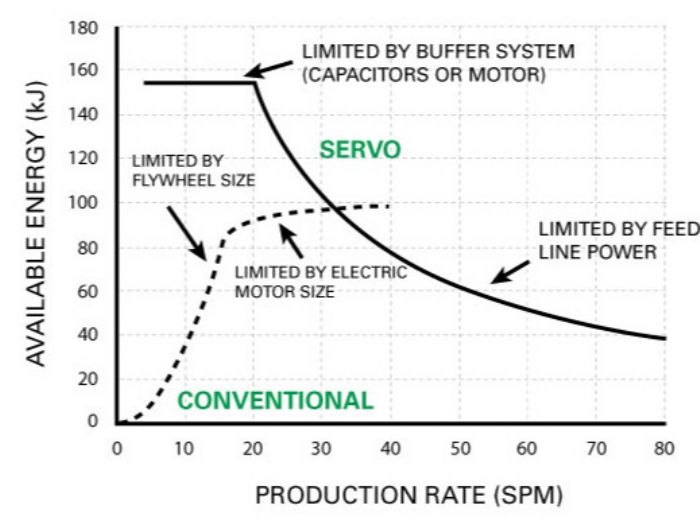 Applications implementing some level of energy management will experience a more uniform power demand from the grid, resulting in lower peaks (Fig. 8). Moreover, an energy-management system will reduce the power pulled from grid and the size of the transformer required, while increasing the efficiency factor of the energy used. On the other hand, these setups will increase the number of electrical components in the servo press, which can complicate maintenance procedures. In general, however, the benefits of an energy-management system overcome any maintenance concerns.

When to go Conventional, and When to Choose Servo 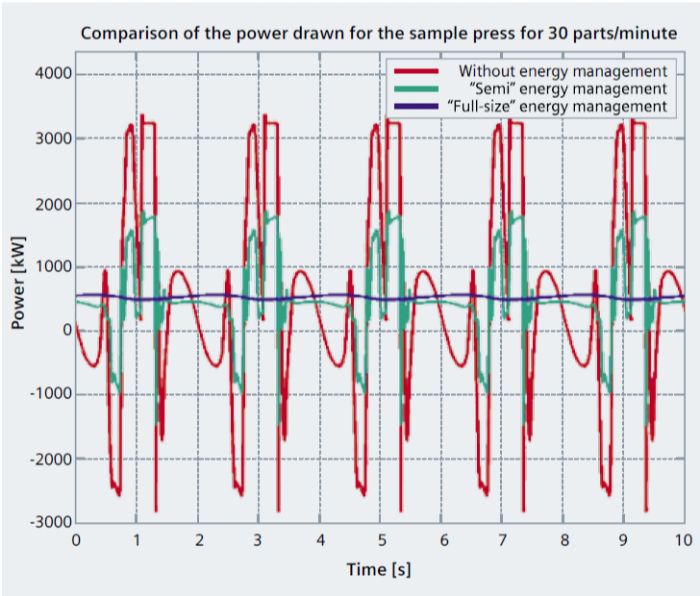 In other cases, a conventional press can be a better option for: 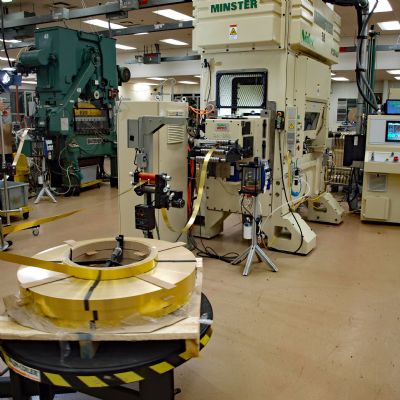 
Here’s Why Stampers Should Use the Shortest Possible Stroke ... 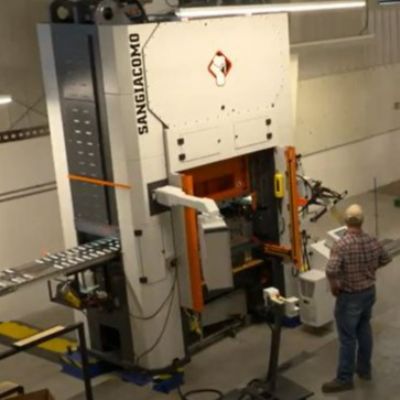 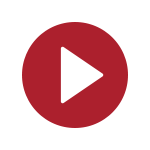 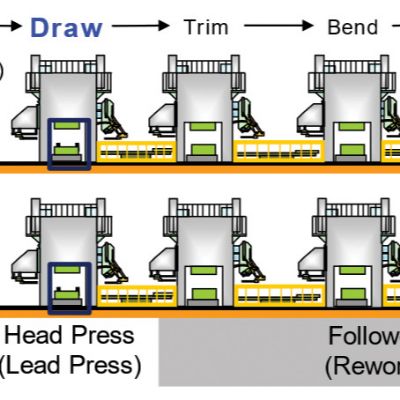