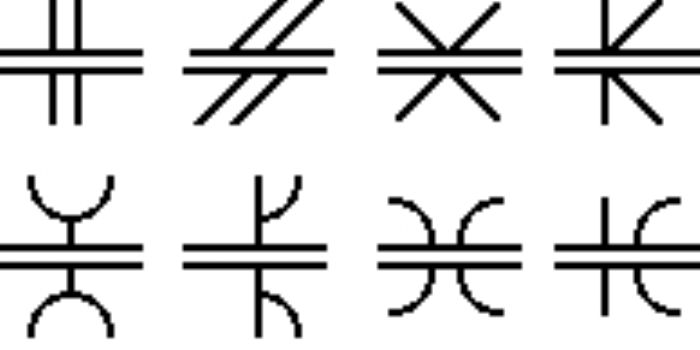 We review common welding symbols and their meaning, with the focus in this article on groove welds. Part 1, presented in the August issue of MetalForming, covered welding-symbol structure and provided an overview of symbols for fillet welds as well as for plug and slot welds. Welders commonly perform groove welds to make edge-to-edge joints, although groove welds also are used for corner joints, T joints and joints between curved and flat pieces. 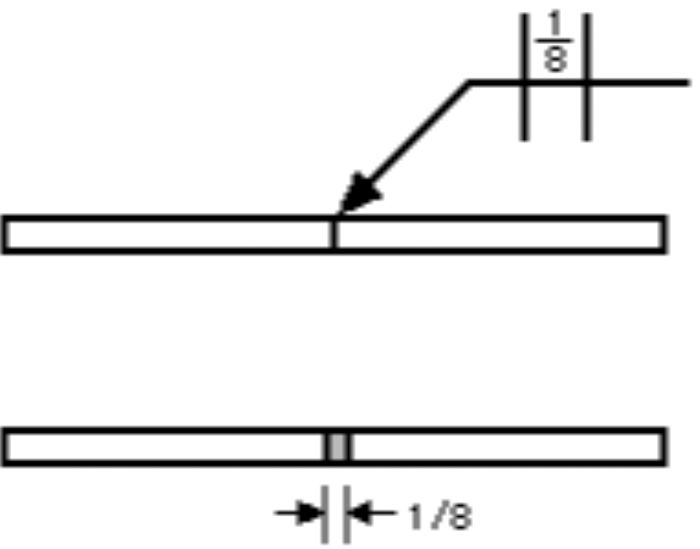 The variety of groove-weld symbols (Fig. 1) suggests many ways to make a groove weld, the differences depending primarily on the geometry of the parts to be joined and the preparation of their edges. Performing a groove weld consists of depositing weld metal within the groove, where it penetrates and fuses with the base metal to form the joint. (The drawings in this article generally do not show the penetration of the weld metal. Note its importance, however, as the degree of penetration is crucial in determining weld quality.)

In a square-groove weld, the groove is created by either a tight fit or a slight separation of the edges. The weld symbol indicates the amount of separation (Fig. 2). 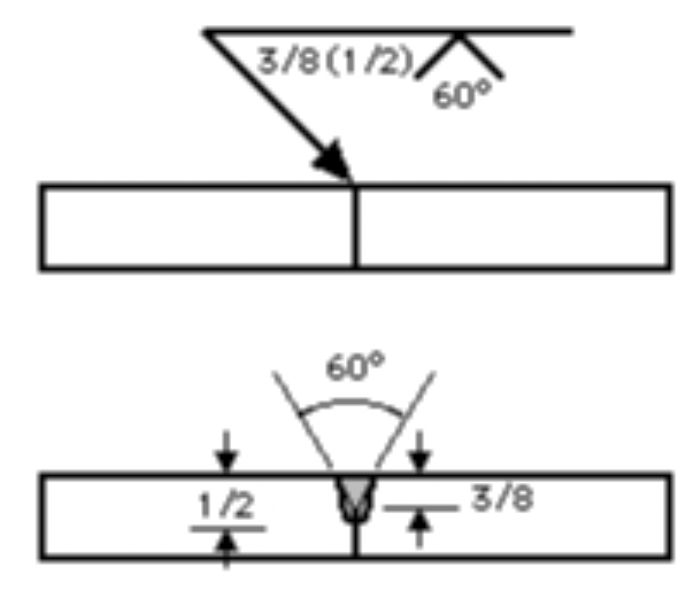 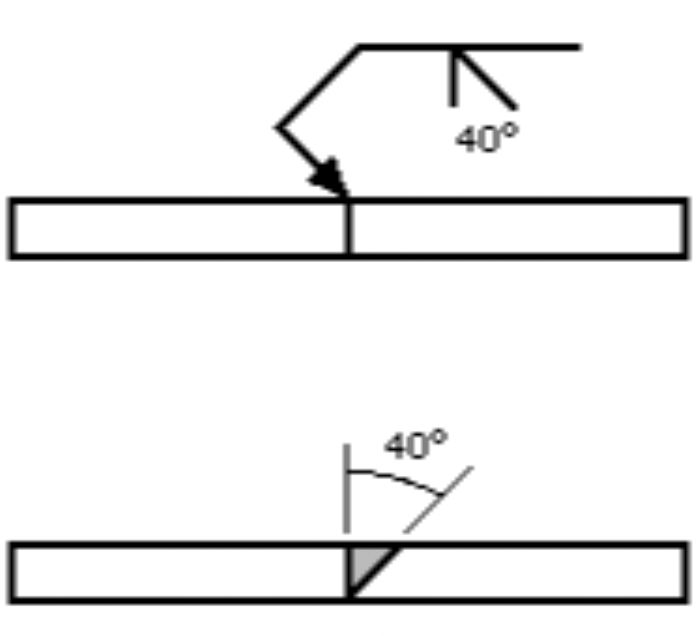 When performing a bevel-groove weld, the edge of one of the workpieces is chamfered, with the other left square. The bevel symbol's perpendicular line always is drawn on the left side, regardless of weld orientation. The arrow points toward the piece that is to be chamfered, emphasized by a break in the arrow line (Fig. 5). The break is not necessary if the designer has no preference as to which piece receives the edge treatment or if the piece to receive the treatment should be obvious to a qualified welder. Angle and depth of edge treatment, effective throat and separation at the root are described using the methods discussed in the V-groove section. 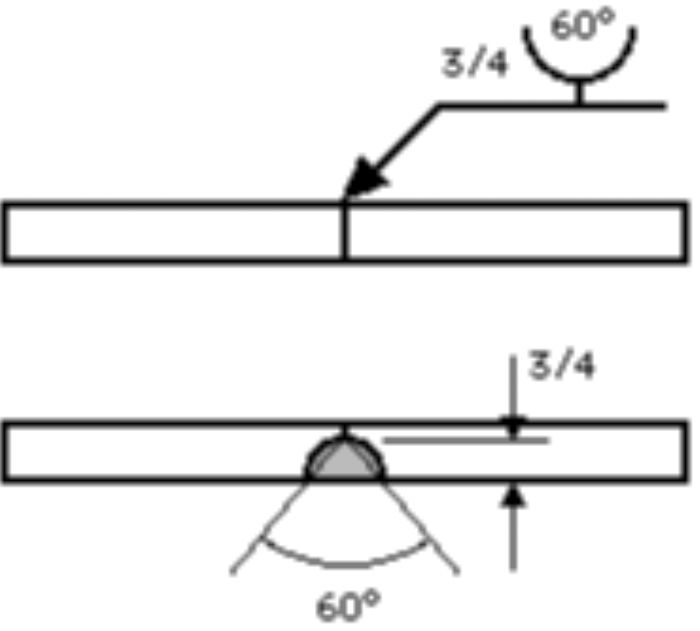 When performing a U-groove weld (Fig. 6), the edges of both pieces are given a concave treatment. Depth of edge treatment, effective throat and separation at the root are described using the methods discussed in the V-groove section.

The edge of one of the pieces in a J-groove weld receives a concave treatment while the other is left square. 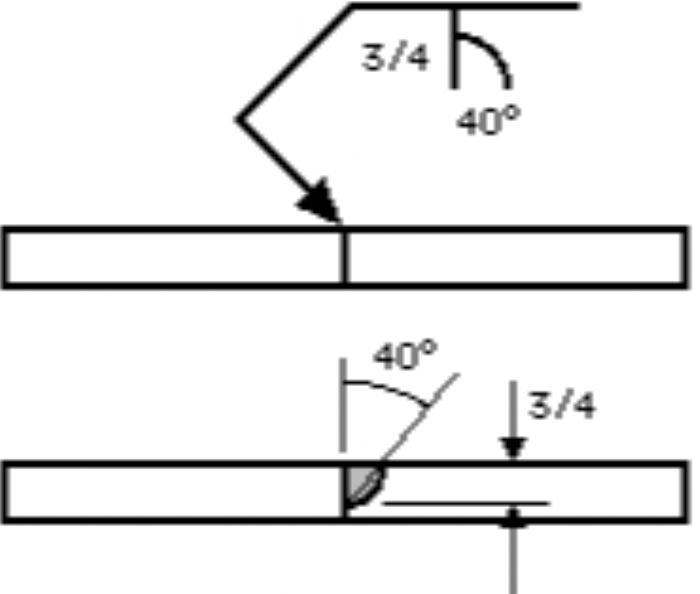 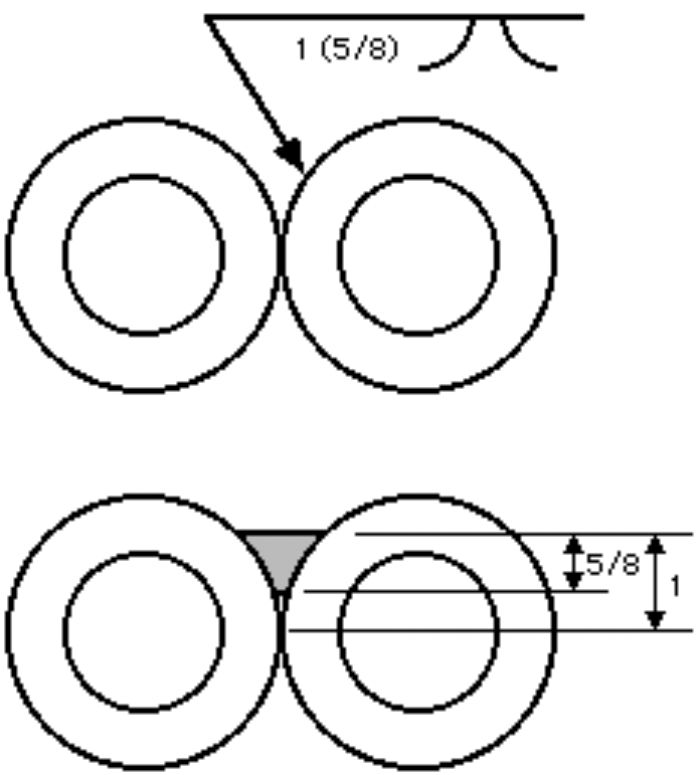 The flare-V-groove weld commonly finds use when joining two rounded or curved parts. The intended depth of the weld itself is given to the left of the symbol, with the weld depth shown in parentheses (Fig. 8).

Welders typically employ a flare-bevel-groove weld when joining a round or curved piece to a flat piece. 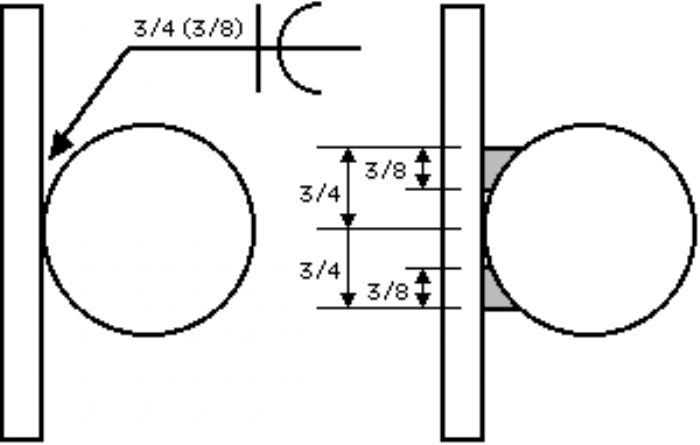 Common supplementary symbols used with groove welds include the melt-through and backing-bar symbols. 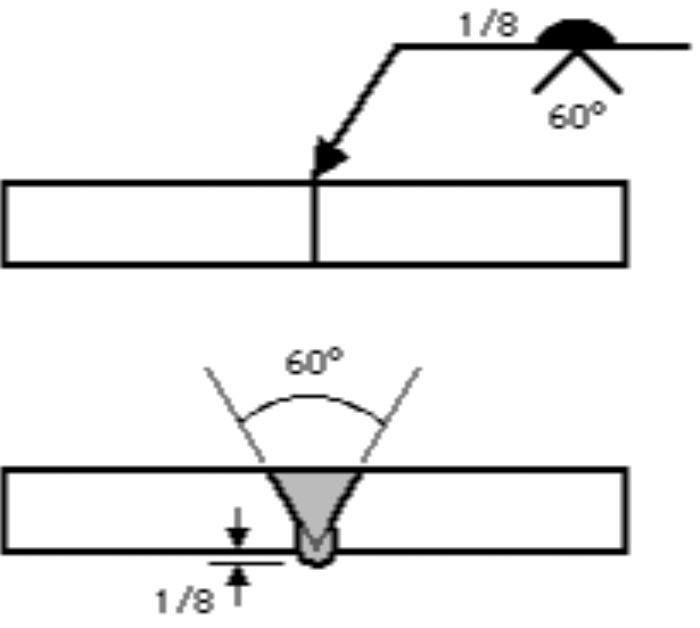 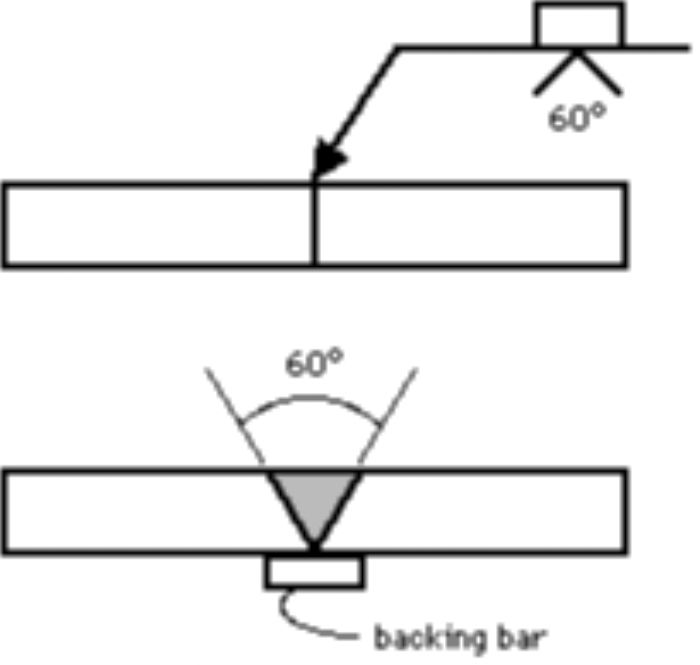 This article is an excerpt from an online presentation provided by Miller Electric Mfg. LLC, Appleton, WI; www.millerwelds.com. 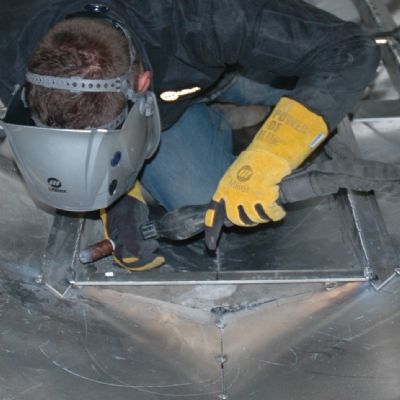 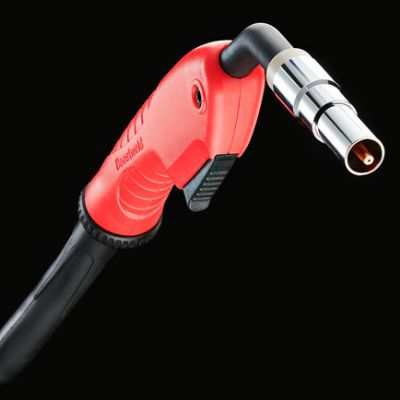 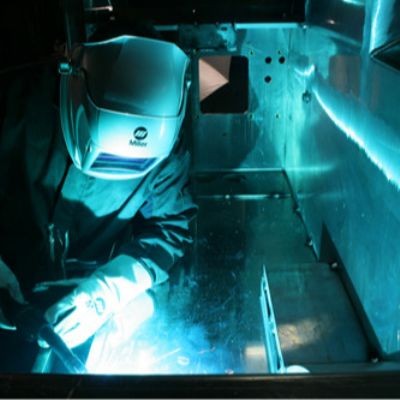