Hot stamping (commonly known as press hardening in Europe or hot press forming in Asia) is nothing new. During the process, a heated steel blank is formed at a relatively soft stage and then is quenched in a die. Hot stamping is performed using one of four processes:

The uncoated ultra-high-strength steel originally designed for the hot forming process is 22MnB5 (also called PHS 1500 or HPF 1470). It has a yield strength of approximately 1000 MPa, and a 1500-MPa tensile (145,000 and 215,000 psi respectively) strength after hot stamping. These grades have a minimum 5-percent total elongation, depending on the type of tensile test.

Until 1997, stampers could only obtain 22MnB5 as uncoated bare steel. Then, steelmakers introduced an aluminum-silicon coated grade, and since then, the use of hot stamped components has increased exponentially. During the 1990s, hot stamping in the automotive industry only found use for bumper beams and door beams. However, by 2010 many car models featured hot stamped B-pillars, and some European models had more than 10 percent of their body-in-white hot stamped (in terms of mass, excluding doors and closures). Today, several models, including the latest-generation Ford Focus, have more than 30 percent of their body-in-white mass hot stamped.

One may ask: What is the benefit of using PQS1000 or PQS1300, compared to PHS1500, since it offers only a slight upgrade in total elongation? In 2010, the German Association of the Automotive Industry (VDA) published a new test standard, VDA 238-100, later updated in 2017. This test calls for bending hardened or quenched samples with a very tight radius, until fracture. The outer angle of bending (α in Fig. 2) provides a measure of energy-absorbing capacity. So, while PQS1000 grades have a yield strength similar to that of PHS1500, they have a higher bending angle.

In 2019, an electric car debuted in Germany with 1900-MPa (275,000-psi) tensile-strength steel components in its underbody, around the battery. And, some studies show that carmakers can use 2000-MPa (290,000-psi) grades to protect the battery in pole-crash conditions.

A Look at the Future

Most experts in higher-strength hot stamped steels predict that the use of PHS and PQS grades will continue to increase.  With electrification (plug-in hybrid or battery-electric vehicle), lightweighting has become increasingly important. Although third-generation cold-formable advanced high-strength steels (AHSS) seem to challenge PHS grades in some applications, in most cases PHS still offers better formability in the press shop, and higher strength after quenching.

Some OEMs are trying to reduce the use of PHS through roll forming or cold forming of AHSS grades with tensile strengths exceeding 1200 MPa (174,000 psi). However, in both cases, attempts are limited to simpler geometries such as roof rails and rocker reinforcements, while PHS and PQS get the call for complex components such as A- and B-pillars and front and rear rails.

Most OEMs continue to increase their use of hot stamped components, and with electrification we may see even more components hot stamped. When PQS1000-1300 grades become available, they will offer improved spot weldability, as well as added energy-absorbing capacity, compared to PHS1500, at a similar yield strength. And, PHS1800-2000 grades may offer weight savings as great as 15 percent compared to PHS1500.


A Brief History of Steelmaking 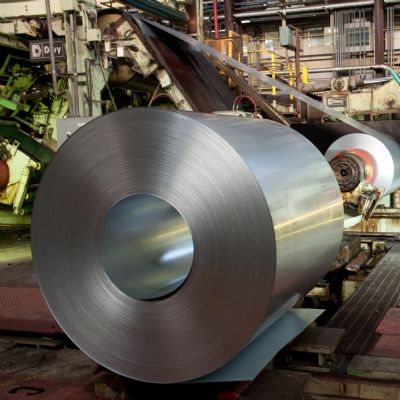